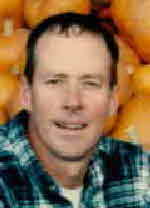 ♀, #1390, b. 14 December 1948, d. 15 July 2013
Barbara was born on 14 December 1948 at Alameda, Alameda County, California.1 She married Benjamin Lewis Cornelius on 17 July 1976 at Rome, Georgia.2 Barbara Lind died on 15 July 2013 at Klamath Falls, Klamath County, Oregon, at age 64.1
She and Benjamin Lewis Cornelius resided at Klamath Falls, Oregon. She grew up in Massachusetts and Connecticut and after high school graduated from Bethel College, St. Paul, Minn.1 After teaching for two years in Rome, Ga., and a year in Indonesia, she moved to Sao Paulo, Brazil, where she began teaching at Pan American Christian Academy. There she met Ben Cornelius and they married on July 17, 1976, in Rome, Ga.1 As of 17 July 1976, her married name was Cornelius.2 After starting a family in San Diego, Calif., they moved to Tulelake and came to Klamath Falls in 1983.1

Calvin was born on 18 July 1925 at MacNutt, Melville Census Division, Saskatchewan, Canada. Calvin died on 16 June 1961 at Northwest Territories, Canada, at age 35. He died in an airplane accident. He was buried at Calgary, Calgary Census Division, Alberta, Canada; Mountain View Memorial Gardens.
He was employed as an airplane pilot. He witnessed the travel of Emilie Cornelius and Henry Adam Cornelius.2 Calvin Becker Cornelius began military service in 1942. He joined the Royal Canadian Air Force and served in England. He was shot down over Germany on 5 Jun 1944 and held in a Prisoner of War camp. He returned from there to England 12 May 1945.
(See also findagrave.com: memorial 138523039.)